Skip to content
We study how cultural meanings, practices, and contexts are co-constructed with robot design and use through comparative and socially situated methods to inform our understanding of the broader context and consequences of robotics. Cultural Sense-making in HRI 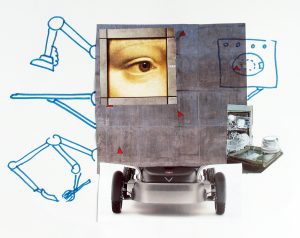 People’s expectations, perceptions, and uses of robots are shaped by local cultural meanings and practices. Our cross-cultural research in human-robot interaction studies how perceptions and understandings of robots vary among cultural contexts — in different countries like the US, South Korea, China, Japan, Turkey,  or in different organizational cultures.
In a series of studies in the US and South Korea, we explored how people envision using robots in their homes, and how the local meanings of home and the social interactions within it affect their ideas about robot design. We also study culturally variable interpretations of sociality, relationships, emotion, and other cultural dynamics as they relate to robotic technologies and human cognition. Our aim is to define and develop a culturally robust understanding of robotics that can inform future robot design and allow roboticists and users to have a reflexive understanding of robotic technology’s effects on culture. This research is partially funded by NSF IIS-1143712, [add Marlena NSF award number]
Researchers: Selma Šabanović, Casey Bennett, Hee Rin Lee, Marlena R. Frauen, Haodan Tan
Publications:
Culture in Robot Design 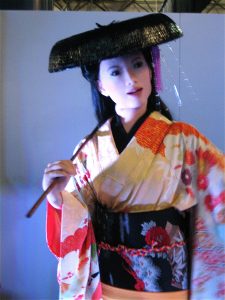 Robotics is a transnational science, but robotics research labs and researchers themselves are situated in particular national, organizational, and other local cultural contexts. Robotic technologies therefore often incorporate various cultural assumptions and practices of their designers. To understand how culture is produced and reproduced through the conceptualization, design, and use of robots, we explore the cultural discourse and practices among roboticists around the world. One focus of our work has been on using interviews and ethnographic participatory observation in robotics labs to the study of how sociality is conceived of and designed into robots in the US and Japan. Between 2010 and 2019, in partnership with IEEE, we collected over 100 oral history interviews with robotics researchers around the world to document the development of robotics as a scientific field.  We are currently analyzing these interviews to better understand the various ways in which robotics researchers understand the aims, practices, and social consequences of robotics, and to map the cognitive and social networks of robotics. The transcripts and video recordings of these interviews are publicly available through the IEEE History Center and IEEETv.